Complaint Letter to Police about Theft of Car

To,
The Inspector,
XYZ Police Station.

Sir,
It is stated that I am law abiding citizen living in this country since I was born. However, my patriotism didn’t pay me back the way I thought it would. Sir, last night when I was coming home from work I stopped at a traffic signal. Although the road was almost empty but I found it best to go by the law. Two bikers came up to my car, and stopped. They pulled the driving seat door, and pulled me out with force.

Upon gaining knowledge of what actually was going on, I came to understand that I was being robbed. In a matter of seconds there was a gun pointed towards my head, and whispers in my ear saying “We will shoot”. This was the first time I was in such unfortunate situation. I started trembling, and in a low voice asked them what they wanted.

All they wanted was my car, the car I made out of hard work, and sleepless nights. Instead of fighting back, or doing something stupid I found it best to just hand over the car to them. So I did exactly, and they took off. In a couple of moments they were out of my vision as they drove very fast, and didn’t look, and it was very dark.

I request you to kindly lodge a complaint against the unknown robbers, and try your very best to retrieve my car. I hope you will find this matter concerning, and start working on this as soon as you can. 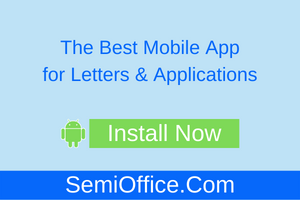